Kenyan mango farmers should expect a reprieve next year when they are able to resume exporting to Europe, the US and other key markets after a ban imposed by the regulator six years ago is lifted.

The Kenya Plant Health Inspectorate Service (Kephis) says the country has put in place measures to address the issues that led to the 2014 ban. Kephis Phytosanitary Services General Manager Isaac Macharia said the agency had established five pest-free areas in Elgeyo Marakwet and Makueni that would act as export zones.

The ban on mango exports, said the Kephis, was effected following high levels of fruit flies that saw Kenyan consignments intercepted on several occasions, hence the pre-emptive freeze before a ban.

“We have been addressing the issue and so far we are in the process of controlling fruit flies at these pest-free zones. This means that we are resuming exports next year,” said Dr Macharia.

Countries that stopped imports of Kenyan fruits include Australia, Seychelles and Mauritius. The move is always a precautionary measure aimed at stopping the introduction of pests to the countries. 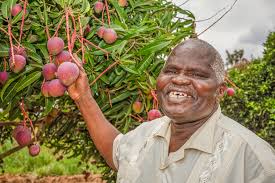 Kenya grapples with cases of exotic pests that have seen some of the country’s produce such as chillies and French beans restricted in certain markets. Kephis managing director Esther Kimani said the agency had increased surveillance to ensure no foreign pest gets into Kenya through ports of entry.